A Taste of Ottawa 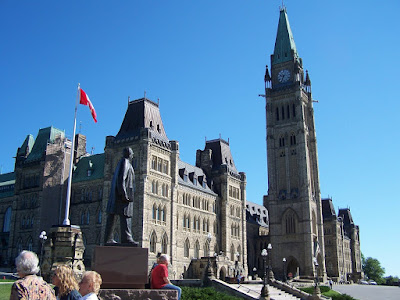 My early morning flight from New York slides to a halt on the tarmac, on time, in the province of Ontario, Canada.

Jill, my friend from La Varenne, an accomplished food and wine aficionado and my collaborator on several shared several cooking projects (including the Tale of Two Puddings and the American Canadian Cooking Project) is there to meet me at the airport. Our agenda: food, entertaining, local history, Canadian cooking and more food.

I’ve never visited Ottawa and Jill has worked up a full list of suggestions. An e-mail informs me: “There will be no napping. I’ve got a full itinerary planned with a quiz on Ottawa history at the end!”

I know to take this direction seriously.

After several days of travel, and precious little sleep, I am in desperate need of caffeine, so our first stop is Second Cup, the authentic Canadian coffee house which competes with that other well-known place that begins with an “S.” I’m anxious to sample a genuine Canadian Butter Tart, since I had done some in-depth research on the famous pastry for the Canadian Feast. However, it appears that Butter Tarts are currently out of season at Second Cup. I settle for a Maple Latte, which certainly evokes the flavors of Canada.

Jill had already provided some advanced reading on Ottawa so that I might prepare, including a May article from the Toronto Globe and Mail titled “Portrait of A Capital,” by John Ibbitson. My favorite Ibbitson quote: “A truly great evening in Ottawa begins and ends in your friends' living room, where people have gathered for dinner, and where the evening winds down over gossip and cognac.” My expectations are understandably high.

We do a quick automobile tour of the capital city, and I’m charmed by the majestic Parliament Building resplendent with copper green peaked roofs and honey colored stone. The Peace Tower – reminiscent of that clock tower across the pond that goes by the name Ben – reaches high above the city. A Canadian Flag, with the distinctive red maple leaf against a white background, tops the tower.

Our first stop is the Byward Market, in search of ingredients for a planned feast several days from now comprised of local Canadian meats and produce. Established by Colonel John By in 1826, Byward Market is one of Canada’s most historic public markets. Remember the name Colonel By. He will come up frequently in this story.

Jill and I have debated the possibility of cooking an Escoffier inspired menu, but eventually decided the sauces and garnishes were perhaps a bit too ambitious. Instead, we’ve opted for an uncomplicated summer meal comprised of the freshest Canadia fare. The Byward Market is lined with specialty food shops, restaurants and boutiques. We visit Aubrey’s on York Street, a meat merchant located in Ottawa since 1908. The shop is framed by smart green awnings and the bright white walls are decorated with black and white photos and illuminate beautifully displayed local meats and poultry. There is even a letter from Dwight D. Eisenhower thanking Aubrey's for a delivery of meat during a visit to Canada. We stock up on plump Mariposa Duck breast and Foie Gras. The Mariposa Farm is renowned within Ontario for its tender, free range products. Brian, the proprietor of Aubrey’s chats with us and offers a primer on the care and feeding of ducks. 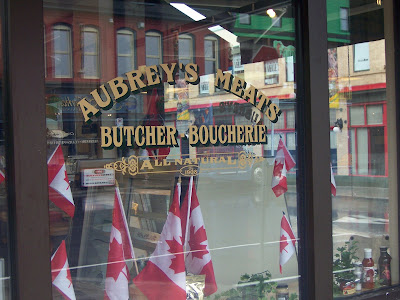 Here are a few facts about Ottawa, in case you too are studying for an important exam on the topic. The city is impeccably clean and well-manicured. Residents are gracious and flower blossoms are everywhere. The Rideau Canal Waterway cuts through the city. The Rideau Canal is 125 miles long and is a Canadian National Historic Site celebrating its 175th anniversary. In the winter, the canal freezes over and residents take long skating excursions. It was built between 1826 and 1831 by Colonel John By of the Royal Engineers. Are you starting to get the picture? Colonel By figured so prominently in the development of this region that Ottawa, was actually once known as "Bytown." One more fun fact: as we travel the city soaking up the history, we learn that Colonel By stood 5 feet 9 inches tall – presumably without his military hat.

The designation of Ottawa as the capital of Canada in 1857 is often debated. Some say Britain's Queen Victoria stuck a hat pin in a map halfway between Toronto and Montreal. Others say the city was chosen because it was better protected from invaders. Feeling well-prepped for my quiz, we take in the Renoir landscape exhibit at the National Gallery of Canada. 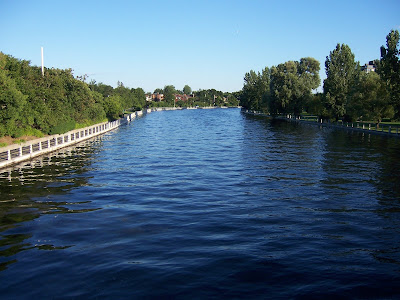 In the evening, we dine at Restaurant 18 in the Byward Market. Proving that Ottawa is indeed a small town at heart, Jill meets Lucy at the door who is a hostess at 18. They took a sommelier class together. I am optimistic about the wine selections. 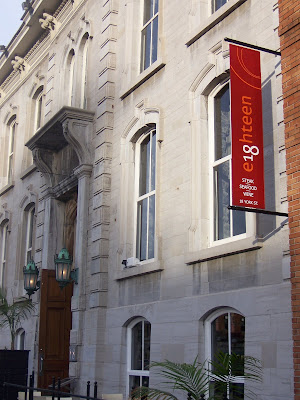 The dinner is seasoned with a touch of gossip but at the conclusion, instead of cognac, we are treated to a fine port that compliments the nutty essence of the cheesecake.

Later in the evening as we walk past Parliament Hill around 11:00 p.m., we are treated to a sound and light show where colorful images of Canada shoot across the façade of the capital building like fireworks.

One clump of my Canadian family lives in Ottawa, and we visit often. On your next trip, check out the National Gallery of Art, the Museum of Civilization, and the fresh-squeezed orange juice at Boushey's Market on Elgin. And The Glebe, a neighborhood any New Yorker would love! There are many reasons to make another trip -- and of course you and Jill seem to have such wonderful adventures!

Welcome back! Ottawa sounds like a lovely place to visit. I would have loved to listen in on Brian explain the care and feeding of ducks...not that I would open a farm...

Hi there - glad you enjoyed my hometown!

Lydia - I really enjoyed the city. I did visit the Museum of Civilization - there was an excellent exhibit on China and the hall of Canadian History is great fun! I will put the Boushey's orange juice on my list!

Hi Veron! You would have been in duck heaven - wait until you see the dinner we made!

Janet - Ottawa is lovely - I hope to visit again, and thanks for visiting my site!