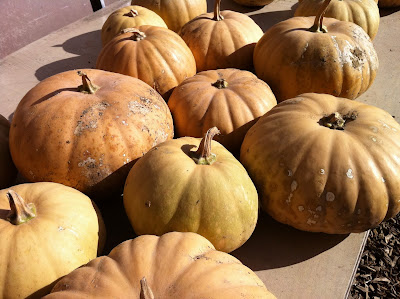 Growing up in the “Casserole Corridor” amidst the strip malls of suburban Long Island, I never imagined I would dine on locally-grown vegetables and farm-raised chicken as an adult. “The Island” was simply not the destination for a food culture. Certainly, there was always a food court within minutes, but the concept of food culture was quite foreign. As for “heirloom crops,” who knew the meaning of the term?

Indeed, that is changing, but I was still surprised on a recent visit to Restoration Farm to see “Long Island’s Own Cheese Pumpkin” listed as one of the selections on the chalk board. There on the table was a spread of some hefty, buff-colored gourds. There was much speculation among members at the distribution tent. Is it decorative? Is it for cooking? 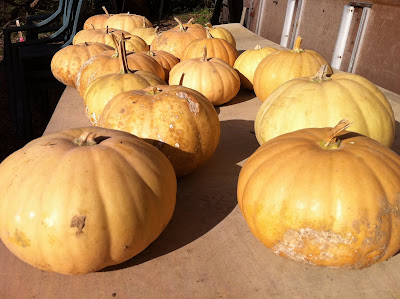 I carry home an eight-pound pumpkin, and quickly get to work on my research. Good Grief, Charlie Brown! It turns out the Long Island Cheese Pumpkin is indeed an heirloom crop that hails from my native soil – and is considered the preferred pumpkin for pie. So what’s with the reference to cheese? It is named so because it resembles a flat wheel of cheese in shape, color and texture. 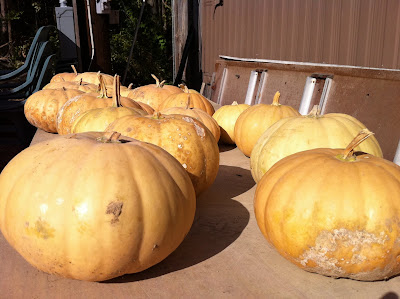 “In the late-1970s when Mr. Ettlinger noticed that the pumpkin was becoming less common in catalogues, he began growing it from fruit he bought at East End farmstands where farmers had begun to save their own seeds. He sold the seed as the “Long Island Cheese Pumpkin” through the now-defunct Long Island Seed Company. Before long, Johnny’s Selected Seeds, Seed Savers Exchange, and other catalogues began listing the Long Island Cheese Pumpkin as “an East Coast heirloom long remembered as a great pie squash by people in the New York and New Jersey areas.” Growing up on the Island in the 1950s, Mr. Ettlinger recalled hitting the farmstands just before Thanksgiving. “My family would always go to a farm and pick up a cheese pumpkin so Mom could make the pie,” he said. “If you talk to old timers, if you want to make pumpkin pie you use cheese pumpkin.”

The pies will certainly be made in the weeks to come, but what to do with that abundance of puree, from eight pounds of roly-poly cheese pumpkin? How about making some pumpkin cupcakes with cream cheese frosting for family birthday celebrations, and just to spread a little seasonal good cheer in the office? 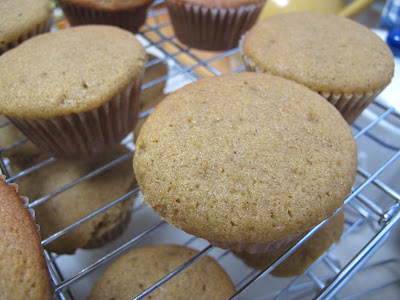 This recipe makes a fragrant, light and delicate cupcake, and this recipe for cream cheese frosting adds a nice sweet tang as a final flourish. 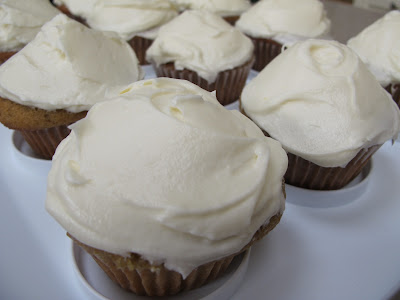 Oyster Bay on the Half Shell 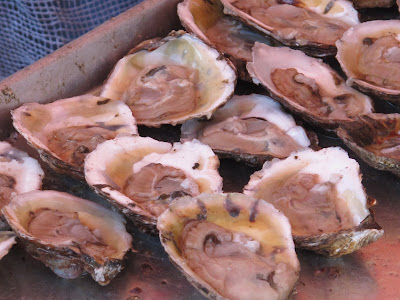 The crisp seaside air is spiked with the aroma of brine and fried food and there are people everywhere. 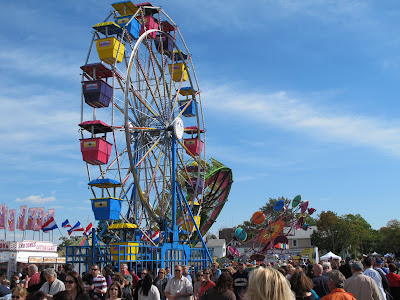 For years, I’ve heard stories of the legendary Oyster Festival – the annual autumn ritual in Oyster Bay, Long Island – and this year I’ve decided to witness it for myself. It is a sight to behold - a quintessentially Long Island gastronomic and anthropological event that mixes street food, street fair, carnival, local history, flea market, traffic snarls, crowd control and civic occasion into one giant steaming pot of oyster stew. It’s a bit like Cabot Cove meets the Sunrise Mall, and it’s all in celebration of the exotic oyster. 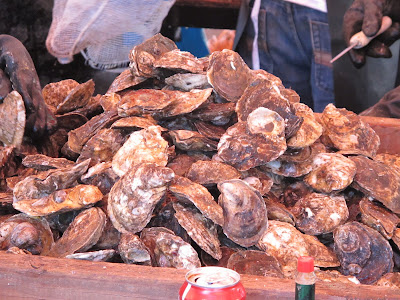 The hamlet of Oyster Bay, Long Island is first mentioned in the journal of Captain David Peterson de Vries in 1632, and it is probably no surprise that he names the bay after the abundant oysters found there. The Dutch settle here, and later during the Revolutionary War, the British-controlled town becomes a hotbed of espionage. President Teddy Roosevelt is also a favored son of Oyster Bay. But those are stories for another day. I’m here for the bivalve molluscs. 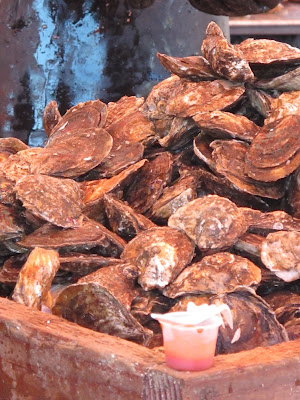 I’m surrounded by the chinking sounds of oysters being shucked and the sizzle of fried seafood competing with a loudspeaker system that is broadcasting in mega decibels. While I’d like to try one of everything on the menu, that would be physically impossible, so I decide to stick to the basics and start with a plate of five raw oysters on the half shell. The guy on line behind me says “Five? I want fifteen!” Never underestimate the insatiable appetite of a Long Islander. 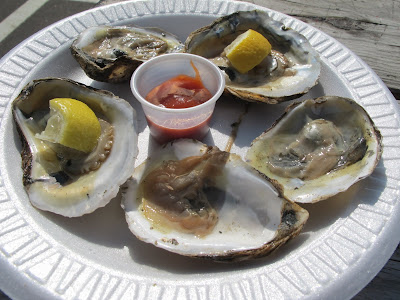 The oysters could be a little meatier, but dressed with a little lemon juice and cocktail sauce, they glide effortlessly down my throat. It took me a while to warm up to oysters, but now I love them. Truth be told, they give me a bit of a buzz, which is kind of a guilty pleasure on an early Sunday afternoon. Now pleasantly wired, I decide to check out the festival. It has attracted all kinds. There are children, hipsters, bruisers in sweatshirts and even a guy in an ascot with a perfectly manicured dog. 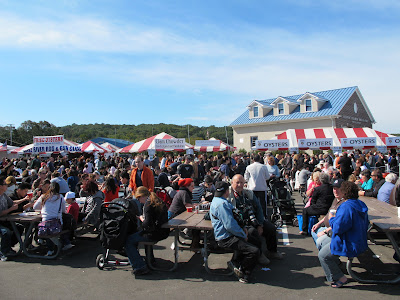 I discover some disturbing oceanic sculpture … 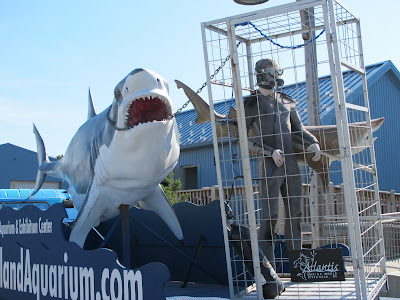 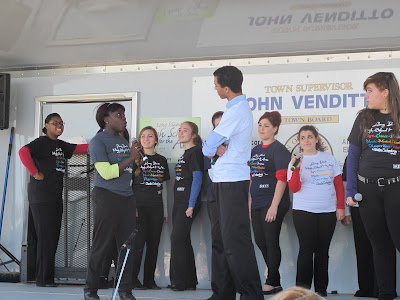 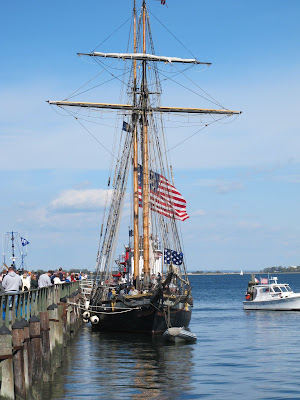 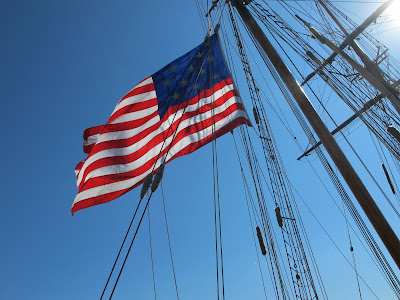 … and even a couple of pirates … 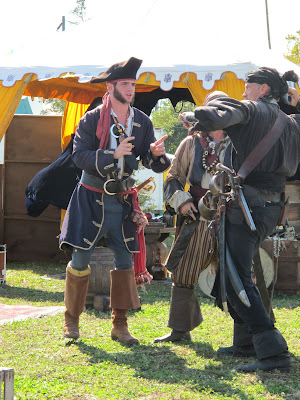 And, to think that some people are actually at home watching “Meet the Press” right now! The sight of those pirates has made me hungry, so I indulge in some exceptional fried oysters with cocktail sauce and a dollop of horseradish. The batter fried crust is crisp and peppery and adds just the right touch of heat. 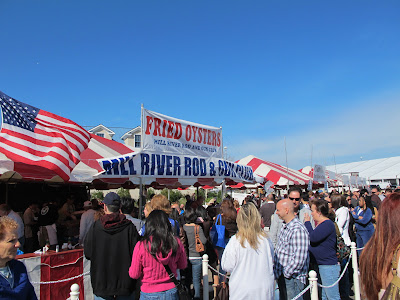 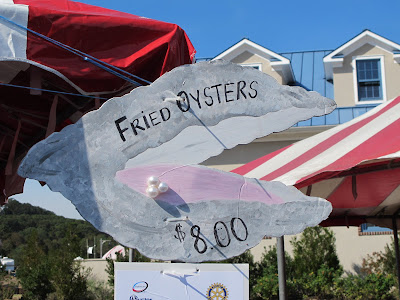 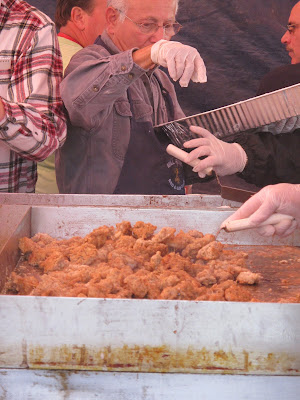 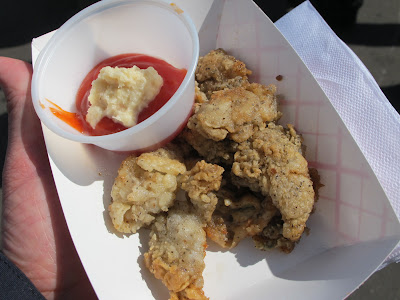 I wash this all down with a pint of creamy New England clam chowder. 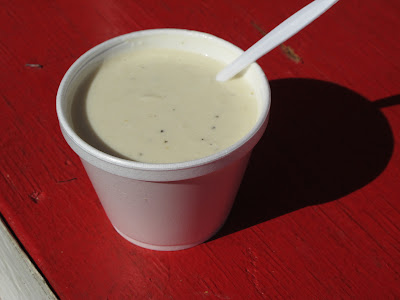 Now you may think this is a little excessive, but I feel compelled to point out that I actually PASSED on the fried clams, soft shell crabs, oyster stew, lobster roll, a full lobster dinner, funnel cake and the “Pickle on a Stick.” I am the model of restraint. 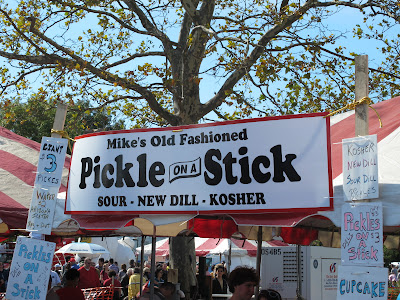 I am about to leave for the day, when a little Zany voice in my head says, “Don’t go until you’ve had dessert!” I turn, and there I see the ambrosia of all street food festivals – the infamous fried Oreos. 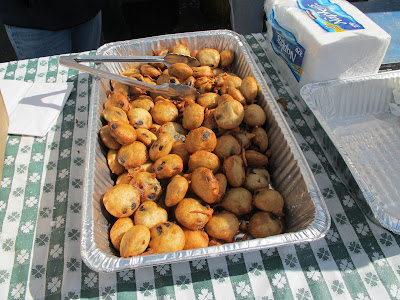 I’ve never tried a fried Oreo (can you believe it?) but that little Zany voice in my head says, “Do it, and do it NOW!” So, I buy just one, and attack it, raising a cloud of powdered sugar in my wake. 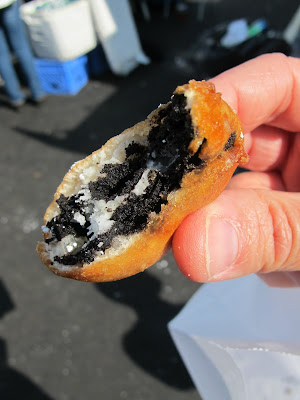 As the pirates would say, “Shiver me timbers!”