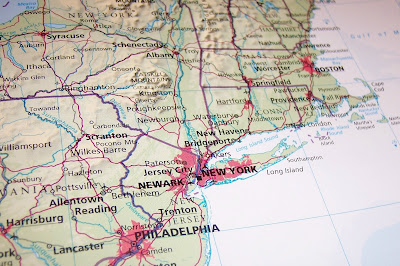 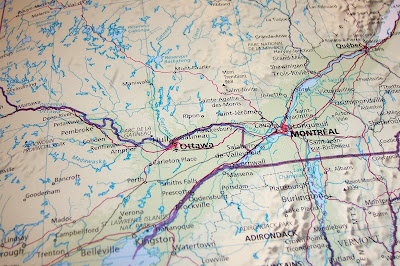 The proposal arrives via email, while I’m hiding out in Little Washington, Virginia. We’ve discussed a new cross-border culinary exchange and my friend Jill from Ottawa, Canada (of the famous Tale of Two Puddings) has been investigating the regional cuisine. Jill writes:

While you've been exploring American culinary history, I've been thinking about Canadian cuisine - specifically, what dish to propose for you to make. There definitely are some Canadian classics, but it's not as easy as it might seem to find a good choice, given the influences of other cuisines and the regional nature of Canadian specialties.

The province of Newfoundland and Labrador claims the title for the most creative names. My book of traditional Newfoundland dishes includes recipes for jiggs dinner, fish and brewis, figgy duff and flipper pie. I won't pick one of those, given that they're not really widely consumed outside of the province...and perhaps not broadly appetizing, either. No offence to Newfoundlanders and Labradorians - I really did enjoy dining on fish and brewis in Labrador!
In Aboriginal communities, I've eaten Arctic char, caribou, moose, Canada goose, beaver and - while I'd like to think I imagined it, I didn't - muskrat. You can't get much more Canadian than Canada goose or beaver, but I don't think there are too many beavers wandering the sidewalks of Long Island. So I'll rule those out.

Quebec offers some possibilities: tarte au sucre, tourtière, and that modern-day classic, poutine -- an artery-clogging mess of French fries, gravy and cheese curds. A few of Canada's trendier restaurant chefs have taken to featuring upscale versions of poutine on their menus. Moving west, there are recipes using Saskatoon berries, Alberta beef and there's the delicious Nanaimo bar from British Columbia.

That very quick culinary tour gives me a few possibilities, but I'm also thinking of something a little closer to home, perhaps. Stay tuned while I do a little more thinking...

Certainly, food for thought. Jill is right about the lack of beaver on Long Island, however, there is an ample population of Canadian Geese. Just visit any golf course in the area. Still, this exchange is really about cooking the food and not hunting it …

I must admit, when it comes to Jill’s assignment, I’m stumped. After suggesting an exchange of regional cuisine, I’m having a little trouble identifying something uniquely American. Okay, pizza and beer would qualify, but we’re looking to aim just a little higher on the food chain. Like Canada, there are so many regional and global influences on what we eat in the United States.

So, I head for my cookbook library to see if I can come up with an intriguing American culinary challenge for Jill.

I'd love to go to some restaurants in the Quebec provence!

How about shrimp and grits...is that american? How about squirrel pot pie ..just kidding (although my previous boss said it was good). I'll be curious to see what you come up with.

When I taught, I had some foreign exchange students who were eager to try some classic American foods they had heard about. Here are a few: BBQ, mac n'cheese, hoagies, burgers 'n fries, meatloaf, doughnuts, apple pie, & yes, pizza. Okay, they're not hi-brow, but they are quintessntially American!

You've got an interesing blog here; glad I saw your name over at Patricia's Technicolor Kitchen.

American - Canadian cooking project. So that limits you to cooking with just beer and donuts from Canada?

Ah, I just could not resist!

I'm sure Jill will appreciate that comment, Bradley! I assure you that she's got a very refined palate, but she's the only person I know who has ever tried muskrat, too!

So, what are you going to suggest?Let us know what you came up with! cheers!