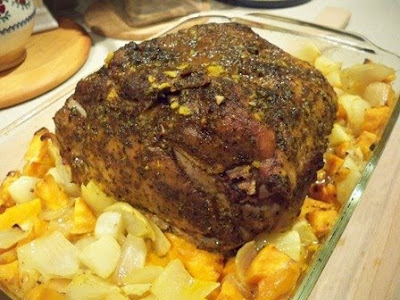 My friend Doug has a versatile approach to cooking. He is equally at home preparing a succulent, rosemary-scented roast leg of lamb, or a piping-hot pan of Rice Krispie Treats. It’s kind of a "Barefoot Contessa meets Betty Crocker" take on the kitchen.

At times, his “Three Faces of Eve” culinary personae can be confounding. “You don't have to spend a lot of money to eat well,” Doug tells me. “It’s crazy that I still save aluminum foil and zip-lock baggies but will spend $15.00 on a beautiful hunk of cheese. Oh, well. We all have our vices.”

One of his “vices” is world travel, and fortunately the last time Doug and his partner Nelson went abroad, they brought back gifts and I was the lucky recipient of a multicolored and fragrant package of Turkish Spice Blend which Doug purchased at the Istanbul Spice Bazaar. 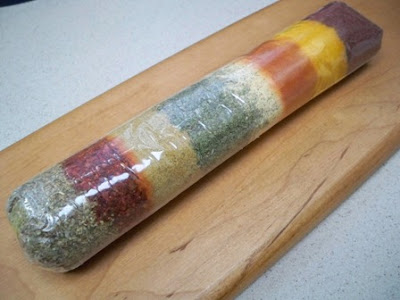 Doug provides the back story: “Turkish blend is a traditional blend of oregano, crushed red chili peppers, cumin, dried mint, coriander, Indian saffron – not to be confused with Turkish saffron and the very expensive Persian saffron – curry (spicy!) and sumac spices. The flavors are intense, so a little rub does go a long way. It's so versatile. In Turkey they seem to put just a touch of the mix on everything, especially their lamb kabobs. I love this kind of meat with simple roasted tomatoes and roasted fennel or Vidalia onion drizzled with olive oil, a touch of salt and pepper.”

Istanbul is the cultural and financial center of Turkey. The Spice Bazaar is the center for the spice trade in Istanbul and is sometimes referred to as the Egyptian Bazaar since spices were imported through Egypt in the Ottoman period. The building was constructed in 1663. It is said that a powerful aroma of spices fills the air. In addition to his culinary achievements, Doug is a phenomenal photographer and provides some photos of his visit. 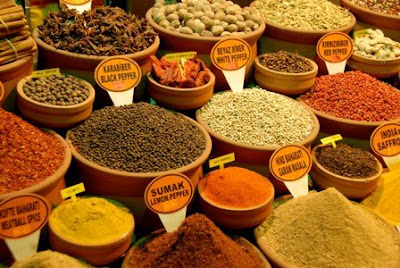 “Spices, candies, and fresh produce both indoors and outdoors and so crowded!” Doug describes. “Ahhhhh, the figs and tomatoes!!! To die for! They expect you to bargain/haggle as they treat it as a cultural sport and are almost insulted if you do not. A shopping fore-play if you will.” 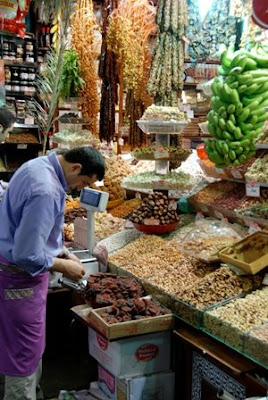 “We got about $110 knocked off our total bill for the day saving almost 50 percent through bargaining with them. I needed a drink afterwards because I'm not an aggressive negotiator. Luckily there were many beautiful places right on the water to indulge my craving, relax and people watch. Amazing!”
Doug says the uses for Turkish Spice Blend are endless. “I've used it a variety of ways – rubs, marinades, soups. My favorite is my old standard using a dark beer marinade with olive oil, salt, pepper and just a touch of brown sugar first. Then I use the Turkish mix as a rub. Sear the meat then finish in the oven. It’s a perfect mix of spice with a touch of sweetness and the meat flavor really comes through. I also like a simple roasted chicken with Turkish spice rub, a halved orange or lemon in the cavity and zest on the skin with salt, pepper and butter. Delish!!” 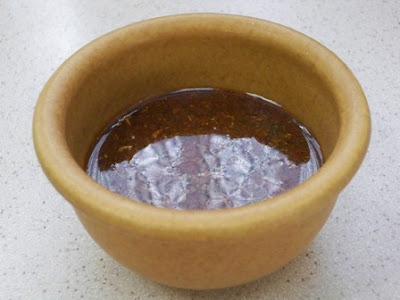 Back here in Long Island's Casserole Corridor, I use two tablespoons of the Turkish Spice Blend as a rub – with a little olive oil to moisten – on a pork loin rib end whole, set on a bed of sweet potatoes, turnips and onions. The roast takes on a deep auburn hue and a mélange of cool, warm and exotic spices sensually transform the kitchen. It’s the next best thing to visiting the Istanbul Spice Bazaar, and what a great way for me to share in their culinary travels. 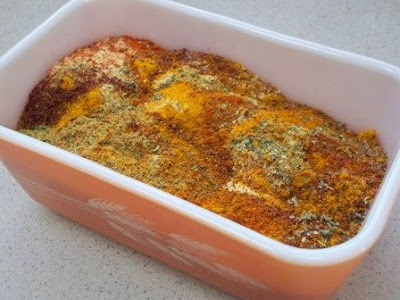 Hmm – a passionate love of food, a talent for photography and a way with words? Maybe Doug should start his own food blog? One can hope!
©2009 T.W. Barritt All Rights Reserved
Posted by T.W. Barritt at Culinary Types at 6:00 AM

Until Doug starts his own blog, I'm delighted to be reading your blog. You retold the tales of his trip very nicely.

I've seen those spice packs before (I think my mother also brought me back one from Turkey). I'm not sure why it didn't occur to me to just mix the whole thing together! I just used them separately.

And your pork loin looks delicious!

The spice markets of Istanbul are right up near the top of my "places to see before I die" list. Thanks to Doug for sharing his photos, and to you for bringing the spice market to life. I'm guessing you'll be trying the spice blend on lamb, too, and I'll look forward to reading about that!

What nice memories. Thank you for this post. Doug, you're pix of spice market are terrific. I was there years ago and can't wait to go back. The tomatoes are wonderful indeed. Hope you can share more stories soon. I love the way you approach cooking. Still chuckling about the 'Barefoot..." description. Funny yet real. -Melanie

After reading Doug's description of the spices I can practically smell and taste them. Thank you for this particularly delicious culinary adventure.

What a lovely gift! The markets in Istanbul are remarkable. Thanks for bringing back some good memories.

Wow, this guy Doug really makes me want to rub down a pork loin with some exotic spices. I was looking for a new pork recipie and I am now inspired, it is much more inventive than my traditional mix of garlic, rosemary, and olive oil. Of course preparation is key but when it comes to pork I try to buy locally raised pig and once you have good quality pork you will find it difficult to buy the supermarket variety which are often extremly lean and lacking the flavor that the natural pork has due to the higher fat content. After I make the pork loin I'm booking a trip to Turkey and maybe Doug could come along as my guide.

We saw similar vendors in the street markets in France. Aren't the spices incredible? Love all of the pictures. This certainly makes great memories.

Your pork loin sounds great. Thanks for taking us along on your trip.
Sam

Have I ever told you what a lucky man you are T.W. I have had such a craving for Turkish food and when I laid my eyes on that roast it nearly knocked me from my seat. It looks absolutely gorgeous, if a roast can look so good I think I got a whiff:).

I miss my Turkish friends who have not been back to the states in way to long. You are so blessed to have such talented and creative friends. Would you mind sharing? I'm just going to have to travel the higher road of the "Long Island Casserole Corridor" and head to Pita Palace and then hit their store next store for some of their spices, not as carefully blended but good enough while I dream...

I visited some of those spice markets in Turkey and they are incredible !I have never seen such an array of colors.....I wanted to bring back a siutcase full, didn't happen.This spice rub looks like it will suit many types of meats~happy cooking. I loved this post!!