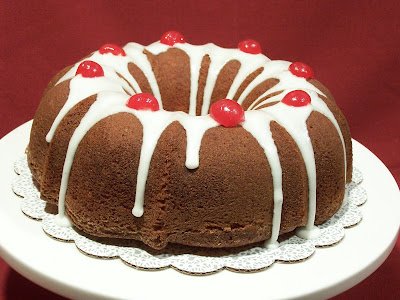 She hurries through the back kitchen door at 5:55 p.m. and hangs her coat and handbag over the hook by the entryway. She slips off her black pumps and slides her sore feet into a pair of pink terrycloth slippers sitting by the doormat. It has been a long day. It is inventory season at Gimbels Department Store and She and her colleagues have all been working extra hours.

Moving through the kitchen like a controlled tornado, She turns on the oven and grabs a pan of frozen lasagna from the freezer. She hasn’t had time recently to organize the kitchen and it upsets Her. She’s thought about asking Him if they can hire a woman from the neighborhood to do some light cleaning, but She’s not sure how He’ll react. The discussion is long overdue and the kitchen linoleum is developing an unsightly waxy yellow build-up.

She turns the knob on the radio and the voices of announcers Lou Adler and Kenneth Banghart, hosts of the program “Up to the Minute,” are describing the events of the day. She is only partially cognizant of the story – something about President Johnson increasing the number of troops in Vietnam. The staccato news report is somewhat distracting as She tries to think through Her dinner plan.

It is His birthday. At exactly 6:25 p.m., He will walk through the door, shed his suit jacket and pull on His tan cardigan sweater. She is determined to be ready with a celebratory dinner and a special birthday cake.

They have already made plans to celebrate by taking the children to the World’s Fair in Flushing Meadows on Saturday. He has seen pictures of the Unisphere and wants to get a closer look. She wants to see Michelangelo’s Pieta at the Vatican Pavilion. Tonight, though, He has only asked for a nice family dinner and a quiet evening at home.

She can barely remember the last time She baked something from scratch. She’d baked all the time when they were first married. However, these days there was always so much to do. But She’d promised herself that tonight she would bake her mother’s special lemon pound cake. Next to Her German Chocolate Cake, it is His favorite.

She pulls the opened bag of Gold Medal Flour from the cabinet, and quickly removes several eggs and sticks of butter from the refrigerator. She has tacked her mother’s handwritten recipe to the cork bulletin board by the telephone on the wall. She glances at the items on the counter and checks the ingredient list on the recipe. She looks again. Where are the lemons?

“You can’t make lemon cake without lemons,” She says out loud. She crouches in front of the Frigidaire and pulls out the produce drawer. “Lettuce, apples, celery …where on Earth are the lemons?”

She glances at the clock. There’s no time to make a run to Bohacks. She’s got to get the cake in the oven.

Vexed, she leans against the counter. There is nothing else in the house, and She can’t deprive Him of cake on his birthday. This would be the moment when that blonde actress on TV would twitch her nose and magically conjure up a solution.

She closes her eyes and wiggles her nose.

She opens her eyes.

No lemons have appeared out of thin air, but She has an idea. She opens the Frigidaire and removes a bottle of 7 UP from the door, Her favorite lemon soda pop.

“It will have to do,” She says with resolve. Within minutes, She has her Sunbeam electric beaters in hand and is watching with pleasure as the frothy beverage folds into the batter.

“Heloise would be proud,” She murmurs, as she slides the cake pan into the oven.

The Story Behind the Story:

For a quick, back-of-the-box recipe, the Lemon-Lime Soda Pop Cake proved a bit challenging for your happy-go-lucky baker. These Retro Cakes can tend to be a bit rascally. Widely known as the 7 UP Cake, this recipe is one of a classically-suburban series of soda pop cakes that were popular throughout the 1950s and 1960s. According to Jane and Michael Stern’s book “Square Meals,” a bubbly baker can find historic recipes for Pepsi Cola Cake, Fresca Cake and Coca-Cola Cake. During the 20th Century, enterprising homemakers got a kick out of pop as a culinary ingredient. They glazed hams and spiked Jello Fruit Salad with Coca-Cola and basted duckling with Vernors Ginger Ale.

It is difficult to find an exact chronology for the advent of the 7 UP Cake, although some recipes note that the only leavening necessary was the soda, so perhaps it was considered a culinary marvel. The bubbles gave the cake its lift. There are other clues that suggest that soda pop cookery was a Southern phenomenon, and in fact, many soft drinks were invented in the South. Perhaps a food historian, more skilled than I, can confirm the actual origin of the recipe.

My first attempt was an abysmal failure. I used a 12-cup glass Bundt pan, and a scratch recipe from America’s Test Kitchen similar to this that uses a hefty amount of butter, shortening and granulated sugar. The cake should have had a rigorous structure, but the seemly-perfectly browned cake collapsed into a mess of molten batter when I turned it out of the pan. The crust had browned nicely, but after more than an hour in the oven, the center hadn’t baked at all. So much for recipes thoroughly tested by kitchen professionals. I suspect the glass Bundt pan conducts heat very differently, baking from the outside in, and the recently-reformulated 7 UP may not have offered the same buoyant effect that the original formula delivered. 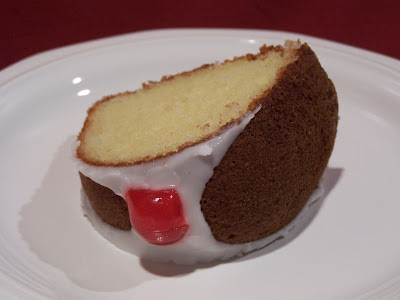 In my second attempt, I used a traditional aluminum Bundt pan, Sprite, and … gasp … a box of Lemon Jello and a box of white cake mix as directed in this recipe. Please don’t vote me out of the food blogosphere. The use of a box mix is shocking, I know, but rumor has it that the original 7 UP Cake recipe, published in newspapers around 1950, was actually made with a cake mix. The made-from-scratch recipe, used by the fictional home baker in our story, started to pop up … um … appear during the 1960s. My short cut would be deemed historically accurate in any court of culinary law, and it's the kind of cake I grew up on.

In my case, made-from-scratch was not necessarily better, but the quick version has a light, tart, effervescent taste and gave my nose a pleasant tickle.

As a lazy baker who is still hopelessly addicted to Fresca, I remember trying that Fresca Cake recipe -- but I don't remember it being a success. Now, with many of thousands of liters of Fresca under my belt, perhaps it's time to try again -- with your box-mix recipe. No shame in that!

Wow. I actually went to the World's Fair in NY when I was a tiny girl. Everything you mentioned brought back warm memories, and were funny at the same time.I remember these cakes, especially coca cola cakes.
Do I dare say it? I miss the good old days :)

T.W. - I have wondered how much difference using a soda pop made with HFCS rather than sugar would make in the older recipes. Next time you make a cake with soda pop, try it with some bottled in Mexico or Canada where they still use sugar. Those should be fairly easy to find. Dr Pepper bottled with sugar is still sold in some places in the U.S.

My Coca-Cola cookbook says that Fresca (using NutraSweet as the sweetener) breaks down and looses its sweetness when heated during cooking; maybe that's why Lydia's Fresca Cake didn't turn out so well.

What a lovely story. I have been fascinated by the soda-leavened cakes. Maybe one of these days I will muster up the courage to give it a shot. Your cake looks very tempting!

Wow, that cake looks delicious. How artistically iced! As a totally hopeless cook, even with packaged mixes and jello, I can't add much on the baking side.But did you know that 7UP is the biggest selling soda in Ireland because its give to patients recovering from illness, both in hospital and at home.Maybe the cake has hidden healing properties.Colette.

All right , T.W. , I'll forgive you for using a box mix because the results look fabulous. :)

Oh, what a great post this is, T.W. I love everything from the vivid story to the retro cake. I've never eaten or made a cake with soda in it, but boy it sounds like fun.

Lydia - if you try it, let me know. I'd love to know how the Fresca cake tastes.

Maryann - We had a set of frosted glasses from the World's Fair for years, but then they disappeared. I finally found another set in an antique store, and they are a nice memory.

Kathy - It would be interesting to do a side by side comparision, since I'm sure these recipes were developed with the original formulas.

Nupur - you should give it a try - I think the Coca-Cola cake has a very deep, rich flavor.

Colette - I had three pieces today - it probably saved me from a Blue Monday!

Susan - It is the kind of cake I first learned to bake, so it is certainly fun to take a trip back in time!

T.W., I read all of your posts on 'retro cakes' and found them wonderful!
There are many I have always wanted to try, such as the mystery cake.
The one I will try soon is the malted chocolate cake. What I enjoyed even more than seeing the pictures of these beautiful cakes are the stories you wrote for each--a glimpse of the past.

What a lovely looking cake. I've baked a coca cola cake, but never a 7-up cake. I have had a store bought one, and it was just wonderful, but I'd love to just bake one for myself.

Manuela - thank you so much! I'm so glad you enjoy the Retro Cakes tales. I really have fun imagining what life would have been like at that moment in time when the cake was popular.

Jerri - welcome and thanks for visiting! You should try baking a 7UP cake. If you follow the instructions, which I didn't exactly do, it should come out perfectly on the first try!

Still on hiatus in PA but I just had to congratulate you on your worthy BlogHer "Cooks with Quills" Best Writing from Food Blogs "award" for February.

Many thanks, Louise! I was thrilled to get the news!

Hi. I am doing an upcoming post on Lemon Jello Cake and with some searching, found your blog. Terrific story!

My first trip to your site and down memory lane ('65 was a grand year.) Love your blog and your narrative!