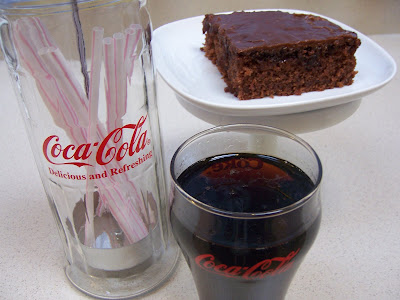 He enters the door of the boxy pale-blue Levitt ranch house at exactly 7:45 p.m., and remembers that He has to trim the overgrown hedge this coming weekend. He rakes his fingers through his sandy gray hair, sheds his navy blue Brooks Brothers suit jacket and slips into his soft, tan cardigan sweater. She had long ago stitched oval patches over each elbow to repair the thread-bare wool.

He feels a bit weary. He’ll have to work late into the night in order to deliver the mid-week reforecast to Mr. P in Finance.

He hears Simon and Garfunkel’s “Bridge over Troubled Water” blasting on the stereo in Johnny’s bedroom.

“JOHNNY!” He shouts at the top of his lungs. “TURN THAT STEREO DOWN!”

The music abruptly stops. A door slams and Johnny appears in the hallway.

“Where are you going?” He asks Johnny.

“There’s a candlelight peace rally at the park. Mom said I could go. We’re sending Nixon a message. Make peace, not war!”

“Did you finish your homework?”

“Yeah, yeah, yeah,” Johnny replies rushing through the foyer. “And, don’t go in my room,” he mutters as he slams the front door behind him.

He really wished that Johnny would get a proper haircut. 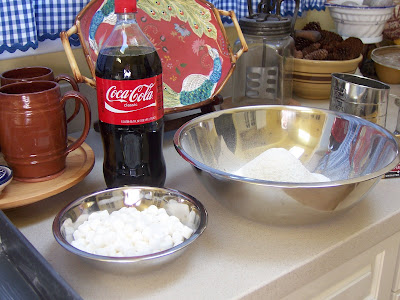 In the kitchen, on the olive green refrigerator door, there is a handwritten note affixed with a magnet in the shape of a bright yellow Smiley Face. The note says: Working Late. Swanson Dinners in the Freezer. Be home after 9. XXXOOO.

He sighs. It seems like She is never home anymore. She is always working. At least She could have made a Crock-Pot dinner …

Little Susie is at the stove. She is removing two foil-covered trays from the oven using a pot holder. He didn’t know why He still thinks of her as “little.” She is so grown up now. 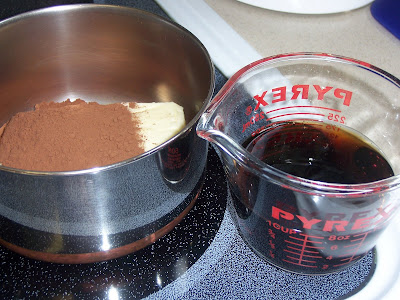 “We’re having TV dinners,” Susie announces. She takes the silver foil off each tray releasing a rush of steam. He sees slices of turkey, an apple cobbler, and a dollop of grayish whipped potatoes in each tray.

They sit down to eat. The TV that sits on the kitchen counter is on. The program is Family Affair on CBS. A commercial appears. There is a crowd of Flower Children on a hilltop, and they are singing.

“I’d like to teach the world to sing, in perfect harmony …”

“There’s that jingle again,” He says. “It’s on TV constantly, and now it’s going to be in my head all night.”

“I’d like to buy the world a Coke, and keep it company.”

“Can we turn off the TV?” He asks. Susie obliges. 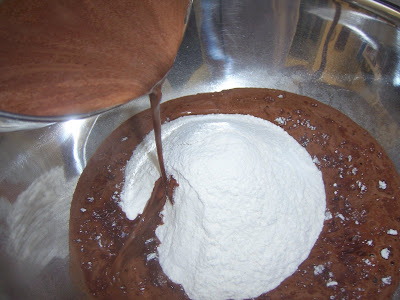 “Daddy, I have a surprise,” Susie declares. “I made Coca-Cola Cake in Home Economics class today. We’re having it for dessert!”

“A cake made from soda pop? Where do you get these ideas?” He asks, slightly perplexed.

“Our teacher says a lady in Atlanta made the recipe, because she loved the taste of Coca-Cola so much,” says Susie. “My teacher says I have talent, too, and I should go to cooking school to become a chef.”

“Daddy! Don’t you watch television? What about Julia Child??? She’s a woman!” 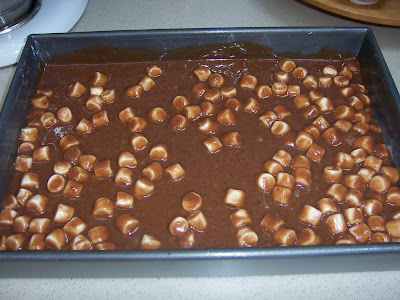 He shrugs. He was always saying the wrong thing to the younger generation.

“Coca-Cola Cake is groovy, Daddy. There’s also a Fresca Cake with Maraschino Frosting, and a Pepsi-Cola Cake with Broiled Peanut Butter Frosting. I want to make them all!”

He makes a mental note to look into exactly what they are teaching in that Home Economics class.

Susie cuts two squares of the Coca-Cola Cake from a rectangular pan, and brings them to the table. 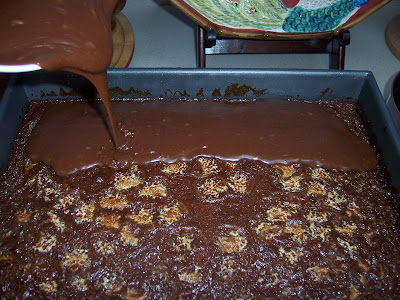 He takes a bite. The glossy blanket of chocolate frosting conceals a moist, fudge-colored cake studded with tiny marshmallows. The luxuriously sweet caramel flavor dances on his tongue. It is a bit like Devils Food Cake with a little extra kick.

Susie takes a deep breath. “Daddy, can I go see “The Last Picture Show” at the multiplex tonight?

“But Dad, all the kids are going!”

“I don’t care what all the other kids are doing. You’ll follow my rules as long as you are living in this house.” 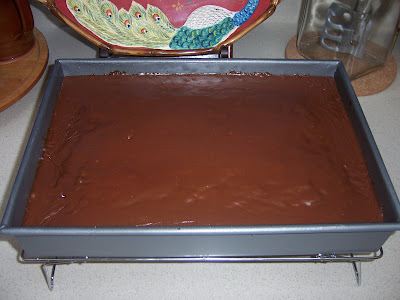 Susie looks dejected and He feels like a bit of an ogre. Why did every conversation with the kids turn into a battle?

He lifts Susie’s chin and tries again. “If you’d like, I’ll take you to Pathmark later and we can get the ingredients for that Fresca Cake,” He suggests. “I’ll even help you make it. You can teach your old man how to be a baker.”

The corners of Susie’s mouth turn up. She seems intrigued by the idea. “Okay,” she says slowly, “but you’ll have to do what I tell you and measure all the ingredients very carefully. And don’t make a mess.”

Susie is a lot like her mother in so many ways. 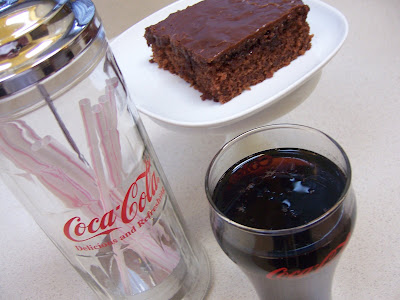 He smiles. Maybe it’s the bubbly optimism of the Coca-Cola Cake, the mini-marshmallows or the ridiculous grin on that canary-yellow Smiley Face. Or maybe, just the realization that life is never stagnant or flat. At least it shouldn’t be.

He suspects that He will probably look pretty ridiculous in one of those kitchen aprons that She always uses, but it might be good to learn a few skills in the kitchen.

And, it would be nice to spend a little extra time with Susie before she heads off to cooking school to become a famous chef.

Inspired by the Old Foodie.

Wow, there's a trip down memory lane!!! What a fun post!

Another great story T.W.! You sure have the knack of catching the flavour of an era. Was the coca-cola flavour detectable?

Thanks, Lydia - It's an era I know well!

Hi Janet - thanks for another great recipe! I asked the gang tonight, and they probably wouldn't know it contained coca-cola if I hadn't told them - but they did think it had some flavors of coffee, caramel and ginger, which are probably similar to the beverage.

such a wonderful story. I've never had a coca cola cake before. I love that song... I'd like to teach the world to sing... best coke jingle ever , in my opinion.

Did Susie become a famous chef? We need to know!!
I love coca cola cake, it is such a tender crumbed cake.

Freya - it gets better and more mellow with age, doesn't it? I think there is more to Susie's story. Stay tuned!

Love your writing style & your story as well!:)
Wow, I've never though about incuding coke in cakes!:) Wish I were there to taste that!:)

Thanks, Valentina! Apparently there are several soda pop recipes, including one for Fresca and one for Dr. Pepper. They're not fancy, but they sure taste good!

I'm really happy to see that one dredged up. I teach cooking to kids and over the winter we had a food fads series for 7 weeks. We made that cake as well as a bbq sauce with coke. They still talk about that cake as their favourite. I'm not sure if it 'really' is or the fact that had coke in it made it a bit naughty.
I was a child of the 70's and that T.V. dinner rehash made me rather nostalgic.

Jo - I'd love to know more about the other foods you covered during 7 weeks of food fads! I'm quite a fan of those recipes! Don't you wish the TV dinners of today were as good as they were back then?

this post brought back some memories~i don't remember detecting the cola flavor...how was this one?

Hi T.W! Long time no talk! I have linked to this story in tomorrow's post.