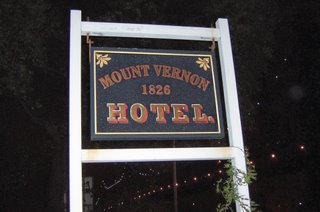 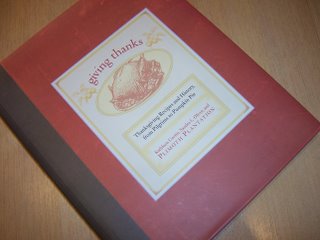 The Truth about Turkey Day:

It’s not what you were told. The American Thanksgiving Day ritual – with its Turkey, Cranberry Relish, and Sweet Potato Casserole studded with mini-marshmallows – is really the result of the fanciful imagination of magazine editors. There was no Pumpkin Pie at the Plymouth Plantation.

Get used to it.

It is a balmy and wet November evening in Manhattan, and I arrive at the historic Mount Vernon Hotel Museum in Manhattan to hear the unvarnished truth about Thanksgiving. I’m there for the November program of the Culinary Historians of New York. The Mount Vernon Hotel is a three-story brick structure tucked away on a small hill in the shadow of the twinkling Queensborough Bridge. It was part of a “country estate” once owned by the daughter of John Adams, which eventually became a “day hotel” visited by folks who wanted to escape the city below 14th Street for an afternoon of leisure activity. I shake the raindrops from my umbrella and step across the threshold.

I can handle the truth about Thanksgiving. It’s still a week until the Super Bowl of culinary holidays. I’ve got seven days of starvation diet ahead of me. I can handle a little more pain.

Food historian Sandra L. Oliver is a gregarious woman with a warm, friendly demeanor and long wisps of gray hair pinned atop her head. She lives in Islesboro, Maine and is the publisher of Food History News.

She is also the co-author of “Giving Thanks” with Kathleen Curtin, a book that was designed to accompany an exhibit at the Plimoth Plantation in Massachusetts about what really happened at the Pilgrim colony in 1621.

Before Oliver’s talk, we sample a buffet of appetizers and sweets in the tap room. There’s a silky Sweet Potato Pie, and a delicious Apple Almond Crostata which evokes flavors of caramel and honey. There is also baked brie and stuffed mushrooms, which might seem odd choices until you hear Oliver's perspective on the holiday.

We take our seats in the second floor parlor of the hotel where Oliver deconstructs the legends and traditions of Thanksgiving. She explains that the meal in Plymouth is now referred to as “the event of 1621” and was not actually the first Thanksgiving. We can’t confirm that turkey was even eaten, but the only 40-word first-person account that exists says that venison was served. However, Thanksgiving is still the oldest American holiday and has been celebrated continuously somewhere on this continent from the 1600s until today.

Oliver explains that the diverse selection of foods served earlier in the tap room reflects the wide variety of foods Americans associate with Thanksgiving, although none of them were served in Plymouth.

She peppers her talk with anecdotes about the evolution of the Thanksgiving meal. Before becoming an official holiday, it was celebrated in the South, until the Civil War happened and nobody wanted to recognize “that damn Yankee holiday.” Eventually, Southerners picked up the tradition again, and that’s when foods like sweet potatoes, pecan pie and corn bread stuffing found their way into the meal.

Thanksgiving was even used as a propaganda tool. In the late 1800s and into the early 1900s immigrants were taught how to become “proper Americans” by learning about Thanksgiving.

As industrialization grew, Thanksgiving foods changed, with mass-audience dishes like the ubiquitous green bean casserole taking its place at the table. Oliver quips that the hugely popular concoction of green beans, mushroom soup and French fried onions is fifty-years old and is now a part of food history. “Some of us wish it was history,” she notes.

She has a word of advice about next week’s Thanksgiving dinner – take pictures of the cherished family menu items and get your loved ones to write down the recipes. So often a family’s idea of what constitutes a traditional Thanksgiving dinner is shaped by the beloved recipes relatives bring to the table each year. When those relatives are gone, that’s a piece of family history and Thanksgiving history that could be lost forever.

Oliver makes a feisty speech in support of Pilgrims, who she says have been stereotyped and much maligned for everything from dowdy clothing to bland foods.

“You ought to stop picking on Pilgrims,” says Oliver. “They gave us one heck of a fine holiday.”