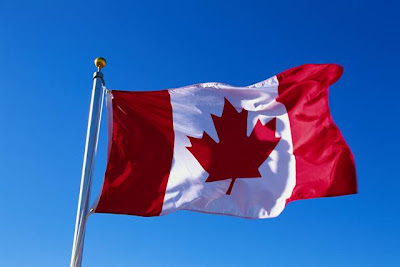 With my American Culinary Challenge in hand, Jill has been cooking up a response in Canada. I learn the full details when this correspondence arrives. Jill writes:

When you first suggested this culinary challenge, I began searching for recipes quite casually, leisurely flipping through a few cookbooks and wandering around the web. I found lots of choices and, as in the United States, many distinctive regional dishes, but how could I settle on just one? So when you proposed a full menu, it seemed like the perfect solution for someone who has trouble making up her mind. I decided to devise a meal composed of recipes from, or typical of, the three Canadian provinces in which I've lived: Quebec, Ontario and British Columbia.

But then I faced a new challenge: I couldn't find a distinctive vegetable or salad recipe. This week, the search got more serious. All my cookbooks were removed from the bookshelves and stacked into three piles, international, American, and Canadian. The international books were returned to the shelves, the American books set aside for research into U.S. cuisine, and the Canadian books pored through for the perfect side dish. I visited the library, the bookstore and the far corners of the web. My living room turned into cookbook chaos. But still, my vegetable problem remained. I found many delicious-sounding recipes using local produce, but none seemed to have a unique history or folklore attached to them. Had it been spring, fiddleheads might have been an option, but they're still buried under a meter (in Canada) of snow.

As a result, with the exception of what you may include in the soup, your menu is a little low on vegetables. However, I've made up for the side dish-deficit by including two dessert items – a reasonable substitute, in my view. Here is your Canadian culinary experience:

I'd also suggest that you gather a group together for the March 18 tasting. There are many variations of tourtière and (as you'll discover) the "correct" style of butter tart is hotly contested, so you may even want to experiment with several versions of those dishes. As a little something extra, you could offer your thirsty guests a round of Caesars.

In a radio interview some years ago, Colonel Sanders, that culinary icon of chicken, described Canadian food as "plumb tasteless." Hopefully, you won't have the same reaction!

But since I’ve only heard of two ingredients in this menu – peas and butter – and I need a lesson in pronunciation and geography, it looks like I’ve got my work cut out for me in terms of research.

So begins my Canadian culinary odyssey ...

Well T.W. I'm only familiar with the desserts. The Nanaimo bars are made of chocolate and graham crackers, right? Looking forward to hearing of your future discoveries on this culinary journey.

I think the tourtiere is a potato tart? Not sure, but the menu sounds good if nothing else! Good luck with the journey, sounds like you'll have fun!

I'm not very familiar with any of these, which means I'm really looking forward to finding out more!

Looks like your culinary expedition is starting. Looking forward reading about it.