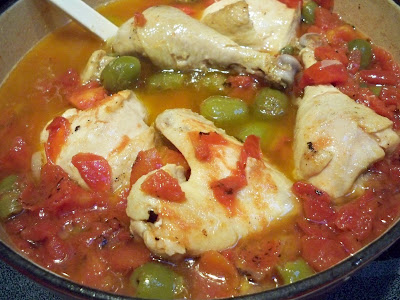 My friend Rocky recently confirmed his title as the King of Paella. My friend Hal2008 is a culinary prognosticator, and has recently been palling around with Frank Bruni. He also says he’s the King of Risotto (this claim is still to be tested). Rocky’s lovely wife enjoys good food, follows politics obsessively and was recently a YouTube sensation.

They’re all coming to my house for dinner. I’m a little stressed. They’ve read the blogs, and now I’ve got to deliver the goods.

I do a bit of hand wringing over the menu for weeks. I try any number of recipe combinations and then discard them. How do you even come close to a charming story of a paella recipe acquired in Spain and passed down from mother to son? Or, an eclectic culinary walking tour through Jackson Heights?

I finally land on a concept. Each course will reflect a stop on my own culinary journey. I make a pilgrimage to Murray’s Cheese in Grand Central and purchase the makings for a cheese platter. I have a delightful time selecting the different varieties of cheeses, using all of the skills I learned in Cheese Boot Camp.

I decide that I probably still have enough time to make a run to Whole Foods to pick up some additional ingredients. It’s late. Nobody is going to be there. Au contraire! It’s “Singles Night” at Whole Foods in Jericho, New York. Everyone is wearing sticky tags on their lapels with their first names printed in thick, black magic marker. There’s some sort of auction going on in the gourmet food section. I manage to dodge a couple of adventuresses prowling the baking aisle. There’s a creepy, love-sick guy loitering near the smoked salmon. New couples are having their digital photos taken next to the cantaloupes in the produce aisle. As I’m trying to exit, a very large group of women eye me like a piece of meat. I narrowly escape with my dignity and my Bell & Evans organic chicken.

After that, things go pretty smoothly. I spend the weekend cooking on all burners and manage to prepare everything in advance so I can spend as much time as possible with my guests.

Every time I host a dinner party, I suspect I may have the Felix Unger gene. About an hour before the guests arrive – since everything else is completed – I start obsessing over the cleanliness of the house. It doesn’t seem to bother me at any other time, but suddenly I’m seeing cobwebs everywhere. I realize the hand railing at the kitchen door is gross, so I’m out there with the bottle of Windex spritzing away.

But soon, my guests arrive, having safely made the journey from Manhattan to suburban Long Island. They’ve been speculating about the menu. The guy who guessed football snacks is dead wrong. Hal2008 has an exquisite, homemade flourless chocolate cake in hand. Rocky and Hal2008 enjoy a round or two of Wasmund’s Single Malt Whisky. We dig into the cheese platter – Valencay, a fresh goat cheese, the bloomy rind of Jasper Hill Constant Bliss, a sinky, washed-rind from Virginia called Meadow Creek Grayson, Mrs. Quicke’s Farmhouse Cheddar from Devon, and a biting Cashel Blue.

We then move on to the pasta course. I make fresh tagliatelle from the recipe I learned in Florence, with porcini mushroom sauce. Rocky grates the cheese. It is earthy and satisfying.

Next up, is a rustic recipe from Provence – a piquant Fricassee of Chicken with White Wine, Capers, and briny green Olives – simple goodness that simmers lazily in a Dutch oven. There is a tense moment when Hal2008 suspects that the capers might be peas. Hal2008 hates peas. It takes a little reassuring, but we do manage to serve the main course. 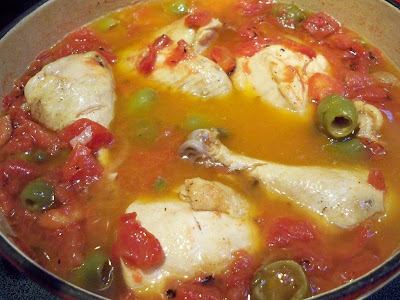 I’m pretty bad about taking photographs, and have completely failed in my blogging duties. I miss photographing the cheese plate and the pasta entirely. I can bring home the bacon and cook it, too. But don’t ask me to multi-task. Next time, I’m hiring a photographer.

Dessert is an embarrassment of riches. Hal2008’s flourless chocolate cake is sublime elegance – made with a couple of pounds of luscious Italian chocolate. 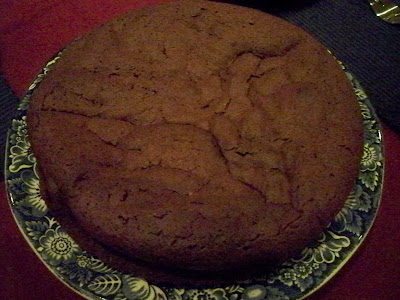 I make a Pear Tart with Almond Cream, first learned at the feet of Chef Candy at the French Culinary Institute. I must admit, it’s pretty fetching. 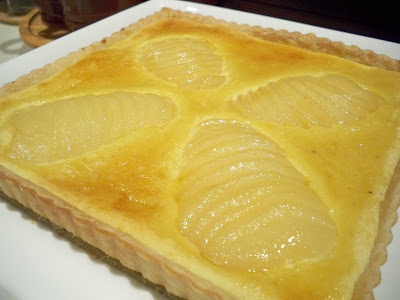 After all the preparation, it’s a lot of fun, which is really what good food should be about. Not bad for Sunday dinner on suburban Long Island. It could have been meatloaf …

Next up, we’re planning an excursion to a classic Italian pizza joint in midtown, that’s described as a slice of “pizza heaven.” I’ll make sure I bring the camera. Meanwhile, I’ll be enjoying a couple of days of leftovers, and some delectable chocolate cake!

Chez Barritt, though not yet in the Michelin Guide, deserves a celestial salute. Finally, a reason to visit Long Island.

this looks delicious! Well done! I giggled at your description of the group of women eying you like a piece of meat!

Love hearing how you feel about hosting the dinner party. The photos you did capture look great. I make a chicken cacciatore (looks kinda like your dish there) when my family arrives via plane, it is simmering on the stove. When they walk in, the house smells great, and don't have to worry about the plane being late, the stew will be perfect when we are ready to eat it.

Definitely a meal fit for a king! I love going to a dinner where it's clear that the cook has a concept -- but not a gimmick -- and you've achieved that here. Wish I could do it more often in my own kitchen...

My oh my everything looks successfully scrumptious especially those desserts!

I'm thinking you're a much more capable dinner host than you're giving yourself credit for. Looks like it was a wonderful meal.

On the topic of Gin and Fresca, I can recommend it, although I used to drink it at Lake Powell, on a houseboat in the most beautiful place on earth. That may have clouded my judgement!

Your menu sounds delicious, the tart looks very good. I sure laughed at your description of the whole foods single night.

Veron - I may have to go back to Whole Foods and scope it out further ...

Hi Lori - When I made the dinner, I was thinking about a chicken cacciatore recipe I used to make a long time ago and that it would work wonderfully in the Dutch oven, too.

Lydia - Now, I think it's the King of Risotto's turn! That's a concept I would love!

Louise - Thanks! The tart is a real favorite of mine!

Kalyn - glad to have your endorsement on the Gin and Fresca! I plan to do a taste test this weekend!

Rochelle - I can also confirm that the pear tart is a great breakfast food the day after!

Kalyn - I just popped back to Lydia's blog and it looks like we've got quite a movement going on behalf of Fresca in the Perfect Pantry - Yes We Can!!!