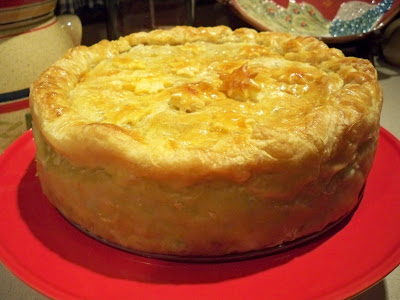 At the risk of losing you, I begin with the punch line.

The dish you see pictured above is … leftovers!!! (Cue frightening organ music)

It may be nicely dressed up as a Savory Lamb Pie, but it is leftovers nonetheless. Only the pastry crust is new.

In the 80s, the contents might have been tossed. In the 90s they might have gone to the compost pile. In 2009, leftovers are now the “it” weeknight meal.

This story begins with an organic, grass-fed leg of lamb from a farm in Central Pennsylvania. I took passion when my brother -- the original owner of the leg of lamb -- moved to Tennessee. It sat in my freezer for quite a while. My Nana used to cook leg of lamb on Sundays because we never had it at home, but because we never had it at home, I lacked the confidence to cook it. Finally, I decided I’d better get cooking to prevent a lovely piece of meat from going to waste.

I should have invited company, but I didn’t know how it would come out. So I plan a pretty luxurious spread … just for me. I rub the cut of meat with olive oil, orange zest, and dried thyme and roast. That’s it. It is a feast fit for a Tudor King. 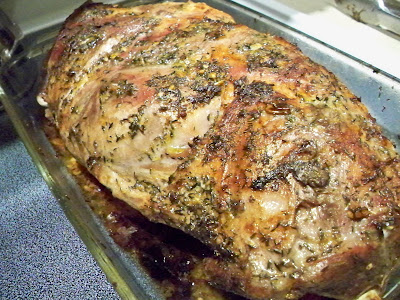 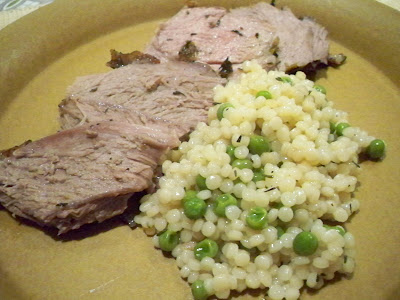 Then comes the morning after…and the real effort. I cut six cups of diced lamb from the bone and put it in the freezer. It’s exactly what my grandmother would have done. It’s enough for…well … at least a meal or two for me. 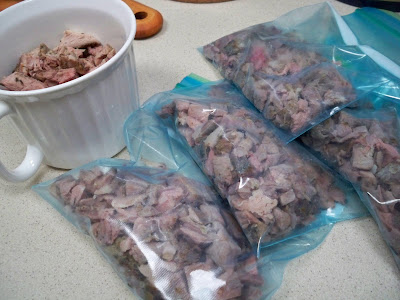 Which brings us full circle to the luscious leftovers. Food historian Francine Segan once told me that pie crust was considered “Tupperware for leftovers” in medieval times. My culinary brain goes into overdrive and I imagine an elegant savory meat pie. I pull the leftover lamb chunks, some cooked barley, and frozen peas from the refrigerator.

I sauté one chopped onion, one clove of minced garlic, one cup of chopped celery and one cup of diced carrots in two tablespoons of olive oil. I add 1 teaspoon dried oregano, ¾ teaspoon cinnamon and a pinch of ground cloves and sauté with two cups of diced lamb. Then I add about 26 ounces of chopped tomatoes from a carton, two cups of cooked barley, the zest of half an orange, ½ cup of frozen peas and a bay leaf and let it simmer until thickened. Meanwhile, I sauté sliced mini Yukon gold potatoes until crisp.

The pie is made by rolling one sheet of puff pastry into a 14 inch square and draping it in a 9 inch spring form pan. I layer half the meat mixture into the pan. Then I place a layer of sliced potatoes over that and finish with the rest of the meat mixture. A second piece of puff pastry is rolled into a 10 inch square. That square is placed on top of the pie and the edges are crimped together. I use the excess pastry to cut leaves to decorate the top. The whole thing is brushed with an egg wash and baked at 375 degrees for 45 minutes and is left to cool for 30 minutes before slicing. 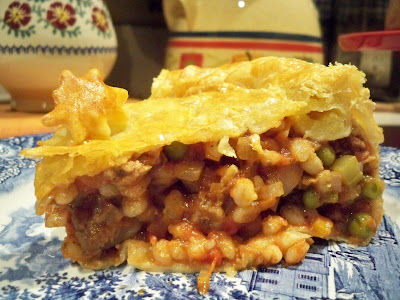 The pie is absolutely delicious, and the orange zest adds a bright, fresh note to the savory flavors. Recession? What recession? Henry VIII should be so lucky.

I should have invited company, but I thought it was just a leftover night. I’ll be eating Savory Lamb Pie for a week. And, I’ve still got enough meat left to put together a spicy lamb curry next weekend. 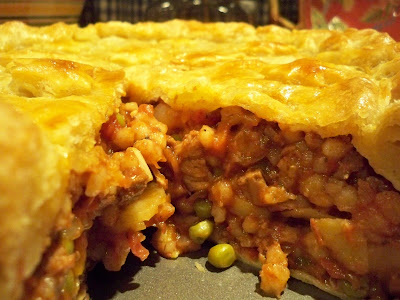 I’m ashamed to admit that I was never exactly thrifty. But, with all the bad news out there, I guess I had to take action eventually. I’m actually starting to see the back of the freezer again. And, I suspect my cooking habits may have changed forever. My grandmother is probably smiling up there in heaven. And, with any luck, the economy is doing a little better in Paradise than it is here. Meanwhile, my mother is already talking about leaving me Grandma’s meat grinder in her will.

Spectacular! I love the notion of pastry dough as Tupperware. It certainly elevated your leftovers to a new level of dinner-party-worthy elegance.

Your meat pie looks great! And I agree with everything Lydia just said.

Um, I'm drooling a little bit over this - and it's inspiring me to find a leg of lamb and copy this! Now that I'm almost eaten my way through my own freezer, I can justify my next culinary adventure!

The lamb pie sounds wonderful. I'm a little intimidated about cooking lamb too, especially since it's pretty pricey compared to the meats I usually buy.

Ummm..Ok Now i am really hungry. Next mm session you must bring food ;)

your roast sounds great, but this might be even more marvelous!

Heavens to Betsy T.W. I LOVE lamb two ways, anyway, and your meals look absolutely scrumptious! A sort of Shepherd's Pie with a dash of cinnamon; interesting:)

How did you manage to find a lamb farm in Central PA? That's where I live and I'm yet to find any kind of organic meat, although Amish organic veggies will be filling my freezer this year for sure. Just in case my organic green thumb has lost its touch:)

I for one am delighted you chose to indulge yourself. I'm only a few towns away, most times, and I wouldn't mind frugally having it shipped overnight though:)

I still have my "scars" from the 70s so I save everything! Which reminds me, I better get to that venison in the freezer...I will be dreaming about your lamb kingdom tonight and I'm not kidding!

P.S. There's no recession in heaven. I believe our nana's have all the ingredients they need, and then some...

You know next to duck, lamb is my favorite meat. Nothing wrong with delicious reincarnation of leftovers!

Louise - the lamb came from Forks Farm in Forks, PA, which I think is somewhere near Bloomsburg. Very tasty!

I love that idea of freezing the leftover lamb cubes. Lamb is popular, I have a lamb shank over at my site too!

Brilliant! I'm so happy that you popped into my humble foodie kitchen, so that I could visit yours.
I have so many kudos to give you-- your wonderful gift of writing, with wit. You had me chuckling the whole time I read about your beautiful dish.

Having been a divorced mom for 10 years (before my recent re-marriage) I had to learn how to re-invent leftovers. LOVED how you shared this recipe!

I'm a food hoarder because I don't like to waste food. It's wonderful that I do have a large deep freeze in my garage; it sure saves a lot of money at the grocery store. I love lamb and I am glad that you inspired me to use the puff pastry that I have in my freezer.

Looks like I need to make a fresh cup of coffee, and to enjoy reading your wonderful blog.

Thanks T.W.
My daughter in law is from the Bloomsburg area (GREAT Fair there!) I'll check with her.

I'm still dreaming about this meal:)

I don't think anyone could resist this. I love the pastry, looks so flaky.

Yep, you should have invited some guests for dinner.....I love lamb......this looks fantastic and very appetizing!

A t.w. - You are speaking to me in the language I love. Lamb! (very aussie). Pie (very me). I have been so distracted for so long with so many deadlines and family issues I have not been commenting - but that does not mean i have not been reading and enjoying. How is the retro cake project going?

Food and nostalgia. It doesn't get much better.