A Luncheon for President’s Day 2009 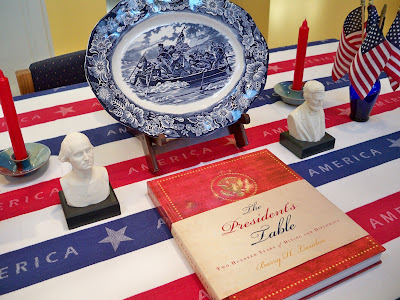 As one explores the culinary legacy of George Washington and Abraham Lincoln, you quickly discover that these two great men had very different appetites and attitudes about food. 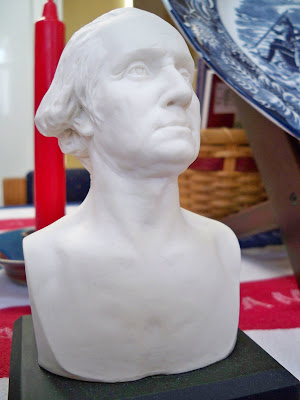 Born to the landed gentry, Washington was well acquainted with the pleasures of the table. According to “The President’s Table” by Barry H. Landau (Collins, 2007), dinners and banquets were compulsory events for enacting the business of the new nation, and President Washington believed that it was important to set a high standard for the entertaining of dignitaries. Tuesday was designated for “levees” or receptions. Thursday was reserved for dining with members of Congress. First Lady Martha Washington would hold receptions on Fridays. Washington was fond of seafood and Pennsylvania Dutch cooking. Formal entertaining was a central part of life at both Mount Vernon and the President’s House in New York City and Philadelphia. Martha Washington’s large collection of family recipes is well-documented and the First Couple was host to an endless parade of guests during their years in public life. Household documents show that the Washingtons dined privately only twice in the last 20 years of their marriage. The President and First Lady acquired a vast collection of china, silver and glassware to support their penchant for what one guest described as “perpetual hospitality.” 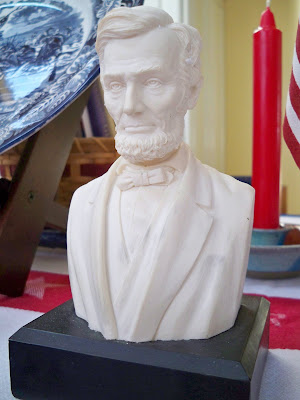 By contrast, Lincoln, whose 200th birthday was celebrated on February 12th, was born to illiterate parents on the Kentucky frontier. While certainly no stranger to formal state dinner parties, there are far fewer tidbits of food history associated with the 16th President. Lincoln had no particular interest in food, and typically only consumed an apple and a glass of milk for lunch.
Our luncheon menu for President’s Day 2009 evokes the eras and the flavors, ingredients, traditions and tastes of these very different American leaders. 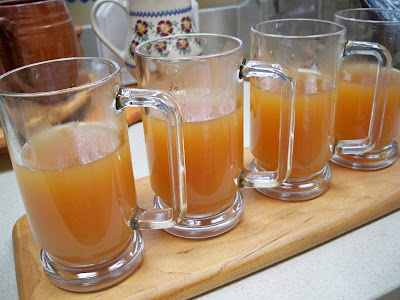 Since there was no central heating in George Washington’s day, colonists warmed themselves at a fire with a hot beverage. This hot cider from the restored City Tavern in Philadelphia, includes applejack brandy for an added shot of warmth. 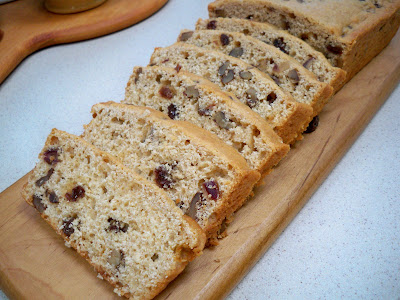 Between 1820 and 1880, Americans headed west in search of land and gold. A fitting recipe to honor Lincoln’s austere pioneer roots, Pioneer Bread was a quick-bread of whole-wheat flour and nuts that traveled well and got its rise from sodium bicarbonate. 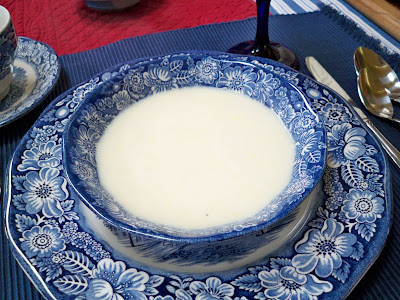 George Washington loved seafood, and this soup recipe of Martha’s, featuring crab meat, cream and a touch of sherry, has been popular with White House residents from Franklin Roosevelt to Dwight Eisenhower. 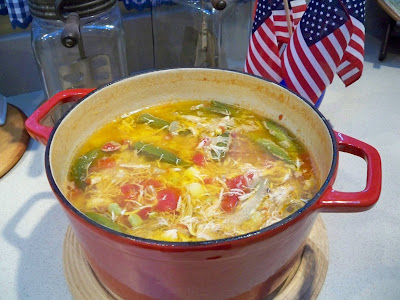 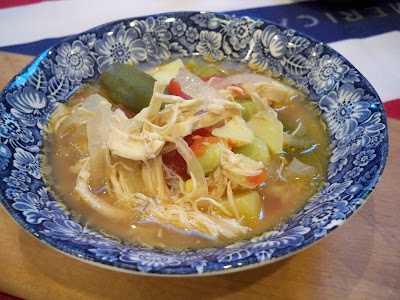 George Washington was born at Pope’s Creek on the Northern Neck of Virginia on February 22, 1732. Brunswick Stew is an early American one-pot dish of stewed chicken, tomatoes, corn, lima beans and okra which hails from Brunswick County, Virginia and is served at Chowning’s Tavern in Colonial Williamsburg. The original recipe was said to contain squirrel meat. Okra was brought to America from Africa via the slave trade. 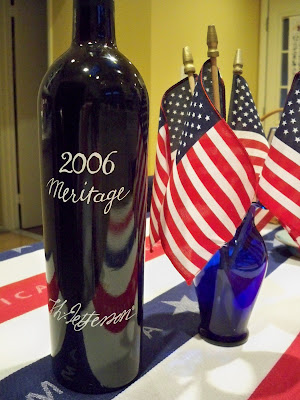 Thomas Jefferson was the country’s first wine connoisseur, and attempted to establish a vineyard at his Monticello home. The modern-day Jefferson Vineyards is located on the same land. Meritage is a Bordeaux-style blend of Cabernet Franc, Merlot Petit Verdot and Cabernet Sauvignon, similar to the style of red wine that Jefferson enjoyed. 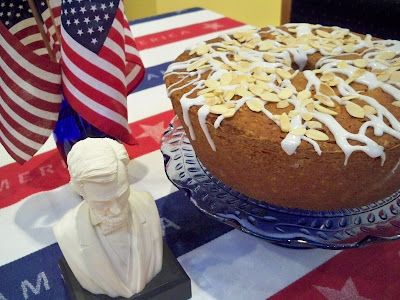 This Almond Cake recipe was said to be a favorite of Abraham Lincoln. Mary Todd Lincoln owned a copy of the book “Directions for Cookery In Its Verious Branches,” by Miss Leslie, which was a popular domestic manual of the time. The Almond Cake was created by a Frenchman named Monsieur Giron, who lived in Lexington, Kentucky, and created it to honor the visit by General Lafayette to Lexington in 1825. The Todd family acquired the recipe and it became part of their family repertoire. Eventually, it became known as the “Lincoln Almond Cake.” I’ve dressed up the cake with a festive Almond Sugar Glaze. After all, it is Abe’s 200th Birthday and an occasion to celebrate!

I'm impressed that you got both George and Abe to come to dinner! It's fascinating to me that we know so much about the eating (and gardening) habits of some of our early presidents, and that they were locavores long before we coined the term.

What a grand selection of recipes T.W. I had no idea Washington entertained so frequently.

Indeed both fascinating and well plated. I must look into the books you've mentioned. They sound like worthy additions to my library.

Very interesting to learn that George and Martha only dined privately twice in twenty years and that Abe seemed to be of the "food is fuel" mindset. What a great menu you've created and shared with us in those lovely photos! How was the Crab Soup with all of those hard boiled eggs?

Louise - It does seem like it was an endless parade of parties with George and Martha, doesn't it?

Kathy - The fun of these recipes is they are slightly different from modern tastes - that's how they ate. I liked the inclusion of the egg, but the soup seemed a little thin to me. Still, all the flavors went together nicely, and these were ingredients they would have had very handy.

I love the old recipes :)

This is a serious Presidential...SWEET! So interesting to learn more--I always feel like I retain more information when it involves delicious cake. :-)

You are the only person I know who could make President's Day nearly as exciting as Thanksgiving! This is wonderful, TW!