The Whisky Master of Rappahannock County 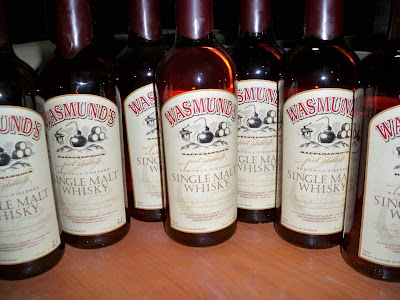 Rick Wasmund’s unassuming whisky distillery sits on the banks of the Thornton River, near the Shenandoah mountains in Virginia. Much like pioneering homesteaders of bygone days, he pursues a livelihood that is deeply rooted in the aromas, flavors and yield of the land, perfecting an American classic – a single malt whisky infused with the smoky essence of applewood, cherrywood and oak.

When I arrive at the Copper Fox Distillery in Sperryville – the site of a former juice factory – Rick is on his tractor cutting the lawn. His mother Helen greets me and calls him in. He is middle-age and of medium-build with a thick crop of dark brown hair. He wears a navy blue golf shirt and madras shorts. At first look, he is as approachable as your favorite high school teacher or the affable coach that everyone wants to be around. He is, in fact, an entrepreneur, scientist, connoisseur and just a hint of sly fox.

We enter the cavernous distillery, passing a mounted “copper fox” displayed near the door. I’m not sure what to expect from this family-run operation. For Wasmund and company, it is a hands-on business. Like any artisanal product, the process of whisky making requires daily attention. The term “single malt” means that the whisky was produced at a single distillery, and Wasmund’s Single Malt Whisky is indeed a one-of-a-kind venture.

Rick takes me first to the malting room, bursting with huge sacks of Virginia-grown “thoroughbred barley.” He instructs me to scoop up a handful and sniff. The barley feels light and feathery and smells of yeast. Malting is a time-intensive process and other distilleries now outsource to commercial maltsters who prepare the barley. But Wasmund wanted to handle the grain.

“We are the only distillery in North America and Mexico that malts its own barley,” he explains. The barley is raked at intervals throughout the day to promote malting, and the activity of what he calls “a magic little enzyme” that turns starch to sugar.

“I put my mother in charge of the Malting Room. She is M.O.M. – Manager of Malt,” he deadpans.

But, I want to understand more than just the process. I want to know how a guy from Rochester, New York wound up in rural Virginia making whisky.

His inspiration was the seductive scent of a wood burning fire. He always had an affinity for the fragrance of different woods. Scotch whisky is traditionally made by exposing barley to smoking peat. After taking a class that explored the customary production method, Rick asked himself, “Why just smoked peat? Why not smoked fruitwood?”

“This may be the only applewood and oak-aged single malt whisky in the solar system … maybe the known universe,” he says of his invention.

He shows me the smoking process. Here, the malted barley is suspended on a grate above a single cast iron wood-burning stove. Soon, we are climbing up ladders, opening vats and inhaling. At some stages of the process, the aroma is enough to make your hair stand on end. But gradually, the product becomes more refined. He leads me up a ladder to an elevated walkway where I can inspect the whisky mash. He stirs the thick stew with a long, homemade wooden paddle, “not purchased at Walmart,” and I note a yeasty aroma. “At this point, it’s similar to beer,” he explains.

He takes me through the stages of distillation and aging. He removes some clear liquid from a metal vat, pours it into a beaker and does a quick calculation of the alcohol content. “One hundred sixteen point seven,” he announces. “That’s moonshine.”

We enter a room filled with barrels made from premium white oak. He removes the lid from a barrel and dips in a ladle, drawing out a stream of copper liquid. Toasted wood chips wrapped in netting hang in the barrel like giant tea bags, infusing the aging whisky with smoky character.

Initially, he staged dozens of experiments, toasting all types of fruitwood chips. “We were committed to making whisky that is different.” He toasted peach wood, cherry wood, apple wood and more, as he sought the right combination. Blends of different wood chips yielded different taste profiles, until he found the most desirable convergence of flavors. By January 2006, Wasmund's pot still was in operation and the result is a distinctive recipe that evokes the indefatigable spirit of its creator and his adopted Virginia home. 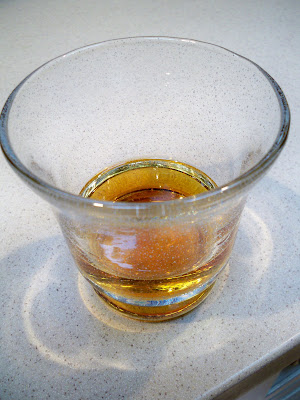 Pour a glass of Wasmund’s Single Malt Whisky and inspect it with the eye. Appreciate the luminous, golden honey color. Lift the glass to your nose and you’ll discern a slightly sweet, woody aroma and the scent of fruit esters. Swirl it on your tongue and experience the smooth, silken feel and slightly dangerous finish of smoky sweetness.

Rick demonstrates the bottling and labeling process. Working with one other employee, he marks each label with the batch number by hand. Batch 21 is on the convey belt. He describes the crucial step in which the neck of the bottle is dipped and sealed in hot burgundy wax and hand turned, achieving a “jaunty” angle and a signature swirl at the cap.

Our final stop is the Thornton River out back, where Rick talks about how he cleared away foliage and debris that had accumulated over years. It is now a tranquil spot that he is drawn to. When not engaged in the process of making whisky, or relaxing by the river, he is driving his van along the East coast brokering deals with distributors.

As I leave, the family dog, Acacia stands guard over the enterprise. 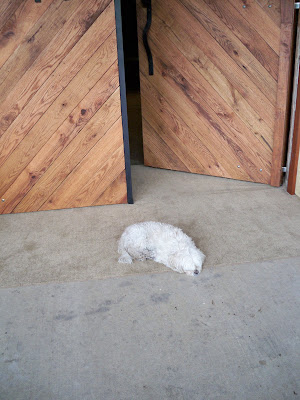 That evening, I find myself at Foti’s restaurant in Culpepper for dinner, some 25 miles from Sperryville. Lost in thoughts of the day, I almost miss the fact that another patron is signaling me from a nearby table. It is Rick Wasmund, along with his mother and his girlfriend. They are celebrating Helen’s birthday. I step over to the table and we chat for several minutes. He has spent the evening persuading one of the owners of Foti’s to carry Wasmund’s Single Malt Whisky. She was not aware that Rappahannock County had its own whisky distillery and has agreed to pay Rick a visit in the near future. For Rick Wasmund, it is “mission accomplished.”

“We’re going to have some ice cream and then go home to sit by the river and have a glass of whisky,” he says with a gleam in his eye.

Rick Wasmund – a singular guy, continuing to blaze trails for the only single malt, fruitwood-smoked whisky in the known universe, and always in pursuit of the finer things in life.

Recently I traveled through the Virginia countryside, discovering the local food, history and hospitality of what is called “the birthplace of the nation.” I visited The Copper Fox Distillery on Sunday, August 24, 2008.

T. W. Thank you so much for sharing a true American journey instilled with unwavering American spirit...

What an inspiring story.It reminds us never to give up on the dream, and that true originality will have it's reward.

Great article! I love the images of the distillery you create with your words. I've tried the Wasmund's, it is amazing!

I see the exit for Rappahannock all the time when we travel on I295. I've never been to a whiskey distillery...very interesting!

I'm continuing to enjoy your travels through the countryside -- a wonderful way of prolonging summer for armchair travelers!