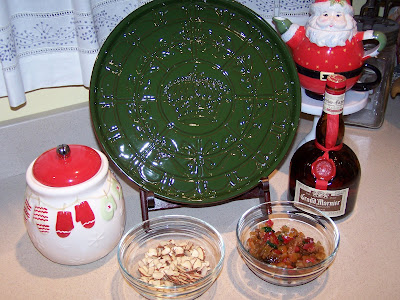 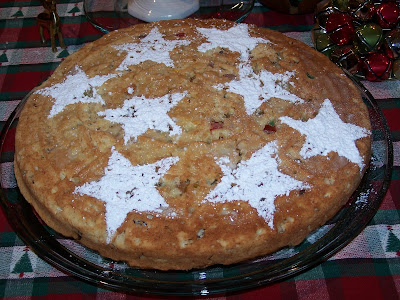 Not much is made of Twelfth Night in the United States, although there is the occasional Three Kings Celebration to signal the start of the Epiphany season. While the celebration of Christmas once lasted for 12 days, now it seems to start in early October. Too often, the Christmas holidays can whimper to a close in January, and I like the idea of one final, festive night to enjoy the music, the candles and the confections of the most special season of the year.

January 6th or Twelfth Night is the Feast of the Epiphany, celebrating the arrival of the three Kings from the Far East to worship the Christ Child in Bethlehem. They brought with them gifts of gold, frankincense and myrrh. The Twelve Days of Christmas were typically a time of great merriment. Families were gathered together and balls and celebrations were held to mark important occasions. George Washington married Martha Custis on Twelfth Night. Shakespeare wrote a theatrical comedy called “Twelfth Night” to be performed for Queen Elizabeth I at the close of the Christmas holidays.

Just as important, there were sweets prepared to serve on this final night of feasting. The custom of Twelfth Night was practiced for years in England, where Victorian homemakers baked fancy, rich “Twelfth Night Cakes” flavored with candied fruits, citrus zest and liquor. Buried in this “Cake of Kings” was a bean, a tradition that dates back to Roman times. The guest who found the bean in his or her serving of cake would be named the king or queen of the revelry.

Some years ago, I purchased a lovely terra cotta Twelfth Night Cake mold. In honor of the 12 Days of Christmas just past, I give you this simple version of a Twelfth Night Cake that sparkles with colorful candied fruit and is heady with the flavor of orange and Grand Marnier.

If truth be told, the intricate crown design in the cake mold doesn’t really show in the final cake, so I decorated mine with powdered sugar stars to remember the “Star of Wonder” that shown brightly on this singular night.

Preheat the oven to 350 degrees Fahrenheit. Mix the raisins, candied fruit and Grand Marnier together in a bowl and let soak. Sift flour, baking powder and salt. Mix the sugar with the orange zest and add the dry ingredients. Beat the egg with the milk, juice and butter. Stir the almonds and the fruits and liquor into the liquid and add the dry ingredients. Combine with several strokes until barely blended, but don’t over mix. Pour half of batter into a greased round, flat cake pan that is approximately 11 inches wide (a large shallow, ceramic quiche pan is a good option). Place the dried bean on top and cover with the rest of the batter. Bake for 30 minutes. Cool briefly in the pan and then turn out. Mix together the glaze ingredients and pour over the cake while it is still warm. Decorate with powdered sugar.
Technorati Tags: christmas, holidays
© 2007 T.W. Barritt All Rights Reserved
Posted by T.W. Barritt at Culinary Types at 9:29 PM

I really had no idea all these special cakes were made for the celebration-----Cucina Rossa has a post on her cake,also. Thanks for visitng and all the info.cheers!

A lovely reminder of these great traditions and a most delicious way to celebrate!

I do know about the feast of the Epiphany but I did not know that it was also called "twelfth night".The cake looks lovely and I like the way you decorated it with the stars. I really like that your recipes are prefaced with a tradition or story behind it, it becomes very interesting.

T.W., what a lovely cake. The stars make it glow even more!

Knowing that you added loads of orange flavor made the cake even more appealing to me.

12th night is actually Jan 5 -- the night before Twelfth Day, which is Epiphany. It's like Christmas Eve. Lovely cake!

Yes, 12th Night is on Jan 5th as it is the Night before Epiphany. Quote:"The evening of the fifth of January, preceding Twelfth Day, the eve of the Epiphany, formerly the last day of the Christmas festivities and observed as a time of merrymaking".
Oxford English Dictionary